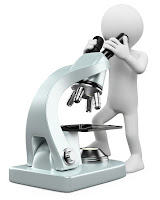 Just last month the WannaCry ransom-ware spread to hundreds of thousands of machines and set off a global panic. The worm-style infection relied on a leaked NSA tool (EternalBlue) that allowed it to spread rapidly across the Internet. Microsoft released a patch shortly after the attack began, even supporting systems that had long been past their patch lifetimes (Windows XP, anyone?).
A mere month later, the NotPetya malware burst onto the scene. Petya has been around since early 2016, and this outbreak is not actually Petya. However, it shares many similarities, hence the preliminary label as “Petya” and subsequently “NotPetya”. The attack bears resemblance to WannaCry in that it exploits EternalBlue, which, unfortunately, has not been patched on many systems because companies and individuals have decided uptime is more important. They effectively gambled with their data, and some of them have lost.
This ransomware hasn’t spread like WannaCry, but it also uses a more sophisticated infection technique and the encryption stage is more interesting as well. Essentially, NotPetya’s developers learned from WannaCry’s mistakes and made some clever enhancements.
The malware has hit giants like Merck, Maersk, the advertising firm WPP, and Rosneft (the Russian energy behemoth). The way NotPetya spreads is likely a big reason major firms and big networks are targeted as opposed to just anyone.

The most affected are those without any type of malware protection and who skip critical OS updates for Windows. It is hard to imagine that anyone (and especially companies) hasn’t updated their systems after the carnage wreaked by WannaCry, but there are certainly people who haven’t.
Users of old protocols and techniques, like Server Message Block version 1 are highly vulnerable, as this is the main exploit for EternalBlue.
And since this malware spreads within a network rather than jumping around the Internet, it is more likely large organizations are going to be targeted, because they have much bigger networks to infect. Furthermore, these companies have HR and customer service departments that often download attachments from unknown sources. Such activities make them prime targets for this kind of ransomware attack.

NotPetya first attempts to use the EternalBlue security hole. It exploits Microsoft’s Server Message Block version 1 (SMBv1), which is generally used for allowing file and printer sharing and miscellaneous communications tasks. The latest version is v3, and unless there is a specific need to use SMBv1, it should not be used. EternalBlue is just one compelling reason to ditch it. However, since this vulnerability has been addressed in updates and patches, the malware has other vectors for infection.
Assuming the SMBv1 exploit fails, the ransomware attempts to use PSExec (to run processes on connected computers). It also scans the memory for any user credentials, which are then used in conjunction with Windows Management Instrumentation Command Line (WMIC). Using WMIC affords NotPetya the ability to infect even patched Windows 10 machines, because WMIC is a legitimate network tool for administrators.
With that in mind, any computer that has administrator rights on a network can infect the entire network, whether it is a patched network or not.

The main entry point is through a malicious file downloaded by a network user. As HR personnel tend to receive a lot of email with attachments, this is one of the identified avenues of attack. Once the malicious file is downloaded, it can use the exploits listed above to spread on the network – this is a good reason to target big companies (they have a lot more computers on their network than Jack who lives down the street).
Another major avenue of injection is through malicious code in Microsoft Office files. Auto-running macros can download the infection whenever an offending file is opened. And not to single out any single weak point, but it has been published that the MeDoc software oft-used in the Ukraine has been an involuntary delivery system.

NotPetya not only encrypts your files, it scrambles the boot sector of your hard drive, so it isn’t even possible to boot past the ransom message. This also prevents any offline tampering (as opposed to WannaCry, which could be investigated offline), since there’s no way to even look at the encrypted files. Furthermore, it seems system logs are wiped to make it that much harder to crack the malware.
In order to enforce the MBR (master boot record) encryption, the machine is forced to restart within an hour (otherwise it may take weeks for that part of the encryption, as many machines are powered on for weeks at a time with no restarts).


Prevention of the Virus

It goes without saying that one should not be downloading random files from the Internet without knowing the sender. In certain roles, though, it can be difficult to adhere to this rule though.
Another tenet of cybersecurity is having some sort of antivirus and anti-malware software. Most of the major names in cybersecurity claim they protect against the execution of NotPetya. So having some sort of antivirus will be helpful in preventing infection.
Another very important aspect is keeping software up-to-date. Updating software from trusted vendors like Microsoft is the best way to cut off a major avenue of attack (like leveraging EternalBlue). If the update cannot be applied, networks should at least attempt to disable SMBv1 to prevent spread through that vulnerability.


A Kill Switch? Maybe a “Vaccine”

If you have been infected or are at major risk thereof, one known “vaccine” is to create the file C:\Windows\perfc. Once the file is created, you should set it to read-only. Apparently NotPetya scans the computer for this file, and if it is found, it halts the encryption process.
Note, however, this is not a “kill switch” like was possible in WannaCry. This is being termed a “vaccine”, because the machine can be infected, but its data remains unscrambled. It doesn’t kill the propagation of the virus, because the virus remains on the system.
The greatest drawback with this vaccine is the file must be created for each machine on a network for the entire network to be vaccinated. It’s a very simple fix for one machine, but can be a headache on a network with thousands of machines. Regardless, this is one possible approach to prevent your files from being locked.


What to do if your files are encrypted

If it has come to your computer booting up with a ransom message, you only have one option to get the data back from that machine. Unfortunately, it means paying the ransom, which most expects and cyber-security defence teams advise against. Even more unfortunate for those affected, the email address provided in the ransom message has reportedly been taken offline.
A much better solution is to have your data backed up somewhere else. If you are practising basic data maintenance, you shouldn’t lose any of your data to this attack. If your data is backed up, this is more an inconvenience than a company killer.

Unfortunately for those that have been impacted, NotPetya seems to be a wiper and not ransomware. According to both Kaspersky and Comae Technologies, the encrypted files are not recoverable, even by the attacker. That means even if the payment is made, no key can be distributed to reverse the encryption (not that a victim could contact the attackers, because their contact email address has been disabled). This implies the attack was meant to be destructive and not financially driven. It could be that a well-financed state actor is behind the attack, and they already have plenty of funds. Following so closely on the heels of WannaCry, the media reported the attack as ransomware and shifted the focus from a possible nation state attack to a rogue group of criminals looking for a quick financial payoff. Watch out for more info in the near future concerning a nation’s involvement.

Some More Technical Info from around the Web

Kaspersky has a page with some information on the detection its software generates. There is also a short bit of advice for users. If you are interested in exactly who has been attacked, Avira has compiled a (probably unexhaustive) list of user language settings on compromised machines. As reported elsewhere, it is largely Russian and Ukrainian machines and disproportionately Windows 7 running Service Pack 1. And Symantec has published an article with a good overview of the infection vectors and the impacted file extensions. A not unexpected spoiler? You probably use solely these file extensions. Finally, if you’ve decided to kill SMBv1 manually, this is Microsoft’s tutorial for all of their OSes.

Have more questions? Give us a shout.